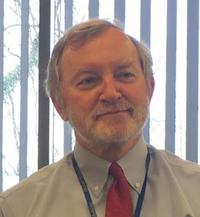 This year has not started in the way that many hoped – COVID-19 cases are on the rise, hospitals are under huge pressure and a national lockdown is in force for the foreseeable future.  It is worth reviewing what happened last term as a possible guide to how we should approach this term, even allowing for the fact that many students will be unable to return for some time and many members of staff will have to continue to work from home.

Because the vast majority of students and staff took things seriously and followed the guidance about reducing the risk of spreading COVID-19, the University managed to operate reasonably normally last term. The Testing for COVID-19: Early Alert Service (EAS) conducted almost 6000 tests, of which 1141 were positive. Of these positive tests, 95% were in students (mostly undergraduates) and only 5% were in members of staff. The enhanced contact tracing done through EAS, the colleges and departments showed that almost all of the cases occurred within households, either within colleges or in private households. Most of these were well contained so that large college outbreaks were avoided. Cases peaked towards the end of October, so that by late November there were several days when no cases occurred.  The contact tracing team could find no evidence of any cases of student-to-staff transmissions. There were one or two isolated cases of staff-to-staff transmission, and no departmental outbreaks. This all shows how effective behaviour change and COVID-19 secure environments have been. The rates of transmission in the University were lower than that in Oxford city in the general population, and there was nothing to suggest that University cases drove any transmissions in the local population.

The lateral flow tests that were made available to students planning to travel home at the end of term were used by less than half of the students. Of the 7300 tests reported, only 28 were positive, with 27 of these confirmed by PCR (one false positive test) – this is about 0.4%. A few people did develop symptoms after a negative test, reflecting the lower sensitivity of these tests. However, this exercise did show that it is possible for individuals to do their own testing successfully, after some training online, and to read and report the results.

The challenge this term is that, as has been widely reported, there is a new strain of the virus circulating that seems to be more infectious than the strain in circulation last term. The mode of infection has not changed but the higher risk of infection means that it is more important than ever to adhere to the basic principles of minimising contact with others through strict social distancing, hand washing and wearing face coverings. The new strain is still detectable with the standard PCR test used by EAS, and by the lateral flow devices that are in use. The evidence so far indicates that though more infectious, the virus is no more serious in terms of disease severity. Early data suggest that the new strain, and the ones emerging elsewhere, will be neutralised by the immune responses induced by the vaccines that are being rolled out by the NHS and in other countries. There is a lot of work going on in Oxford to explore the implications of these new strains.

The EAS Testing Service started again on 4 January and will continue throughout the term, offering PCR tests for symptomatic students and staff, with a rapid turnaround time for the results.  All returning students have been offered 3 lateral flow tests at the start of their stay in Oxford, with the aim of identifying any positive cases early on so that onward spread can be minimised. Currently, the University is looking at plans to extend asymptomatic testing to key staff who cannot work at home and on whom the University, colleges and departments depend to maintain our teaching and research.