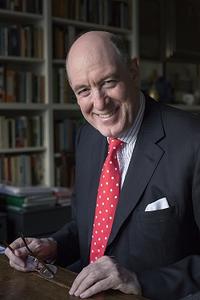 When future historians come to look at the life of universities in the pandemic, I am confident that they will agree at least on one conclusion – which is that it was a resounding endorsement of the collegiate system.

As Chair of the Conference of Colleges during the last term, I have been privileged to see at close quarters just what an asset colleges are during times of crisis. Quite simply, a college is a unit of education sized to be a supportive and reactive community. It is high touch, and, at its best, has had some of the characteristics of a large family. By contrast, large campus universities with massive halls of residence have sometimes seemed impersonal in their responses. Of course, that is not to say that our own response has been perfect in every case; of course, it hasn't. But colleges have shown flexibility and resilience that in the main has been truly impressive. Small is beautiful in the pandemic.

Over the last term, colleges increasingly began to feel more ‘normal’. That’s because the things students really value – as I know from having met all my first-year students face-to-face during term – are in-person tutorials and communal dining. Both of these have been reviving in a risk-assessed and cautious way.

So, does this presage a complete return to normality in Michaelmas? As I write, we have a new wave of Delta infections. It’s a really inconvenient aftermath of term, not least for those who have to self-isolate, but I think it is an inevitable phenomenon amongst the unvaccinated young, just as it is around the country. Again, the strength of the college system is that it is being handled humanely and with relatively little drama. By now, we just know how to do it.

Meanwhile, the vaccination centre which we established, initially in the University Club, has been giving hundreds of students their first vaccinations. Our expectation is that the vast majority will be double-vaccinated when they return, and that college life will resume fully next term. When it does, we feel we have an obligation to ‘make good’ some of the things which have been lost out of two Oxford summers, especially to the year group who went down last year, and to those who missed their end-of-term celebrations this term.

It would be wrong to say that any of this has been easy. The unsung heroes in all of this have been the college staff – from the catering staff to the scouts, the porters, the welfare teams, and the college officers and teaching staff. They have shown extraordinary fortitude, patience and sense of duty. The vast majority of them are front line; in other words, they cannot work from home, and they are dealing with the real issues on the ground every day. Our thanks go out to them.

What the pandemic has also shown the ability of colleges to collaborate between themselves. In this, we have been hugely helped by the resourcefulness of the Secretariat of the Conference of Colleges, who have worked exceptional hours, and have been involved in matters which would previously have been unimaginable. Processes have been set up from scratch which have been able to deal with the emergency responses with great efficiency; of these, I would particularly like to single out the SPOCs (single points of contact), who have created an intercollegiate network that bore the brunt of what was required to handle the infections when they came.

When we hear the phrase ‘collegiate university’ we often take it for granted. The pandemic has been a vivid reminder that what it really means is ‘close to the customer’. The human rapport which Heads of House, fellows and college officers have with their students is truly a precious asset.