Dr Jamie Hartmann-Boyce: from English literature to the science of e-cigarettes 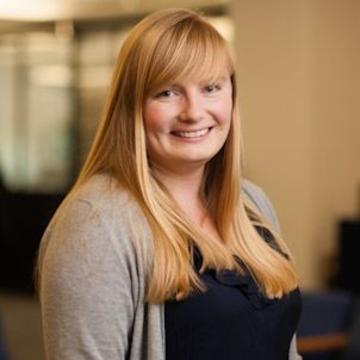 If you had told me when I was 15, or even 25, that I was going to end up as a scientist, I wouldn’t have believed you. As a child – and as a girl – I was convinced that I wasn’t cut out for it. I studied English as an undergraduate, moving from the USA to England after graduation. As someone with a long-term health condition (type 1 diabetes), high on my list of reasons for moving was the NHS. So, although I started out in publishing, maybe the fact I’ve ended up as a healthcare researcher isn’t all that surprising.

At 28, I was ready for a change from publishing, and took a punt on a short-term contract with the Nuffield Department of Primary Care Health Sciences. There, I discovered Cochrane – a global non-profit that reviews and critically appraises healthcare research to aid evidence-based decision-making. I was hooked. Some years, two kids and a DPhil later, I’m still in the department, still working with Cochrane – as well as with the Centre for Evidence-Based Medicine – and can’t imagine doing anything else.

A lot of my research relates to electronic cigarettes (e-cigarettes) – a topic which has divided public health communities. In the seven years I’ve been working on e-cigarettes, we’ve gone from very little evidence to broad scientific consensus that, although not harmless, e-cigarettes are significantly less harmful than traditional cigarettes. Despite this, in 2020 more people than ever – a staggering 37% of British adults – thought that e-cigarettes were more or equally harmful.

As scientists, that means we are doing something wrong; opportunities to save lives are being missed because of misinformation. Therefore, I’m trying to draw on the best bits of my English literature background to better communicate the evidence. Most recently, Dr Nicola Lindson and I have launched a monthly podcast where we discuss new e-cigarette research as it emerges.

Research for me is, at its best, both a form of meditation and a community. Bringing together data, watching disparate parts converge into a coherent whole, and then seeing that work used to inform healthcare decisions is profoundly rewarding. However, getting stuck into analyses isn’t that easy when working from home with small kids; my three-year-old has a penchant for interrupting Teams meetings to show senior colleagues her dinosaur collection. Still, in the midst of it all, synthesising data and talking through studies with ‘Auntie Nicola’, as my children call her, has brought me a sense of calm. And I hope as she grows up, the idea of being a scientist won’t be as alien to my daughter as it felt to me as a child.

We welcome suggestions for authors and topics for future blog articles. Contact internal.communications@admin.ox.ac.uk if you have a person or topic in mind. We aim to include perspectives from across the University; while we cannot guarantee blog articles and the schedule is subject to change, we will include as many requested articles as we can.