Professor Martin Williams, Pro-Vice-Chancellor, Education, and Helen King, Chair of Admissions Committee, outline the steps the University and colleges are taking to continue our undergraduate access work in the face of COVID-19

In 2019, the University set out its ambitions to recruit one in four UK undergraduates from the most underrepresented backgrounds by 2023.

At the heart of these aims were two major access initiatives: Opportunity Oxford, which is entering its second year; and Foundation Oxford, which will now see its first students arrive in Oxford in 2023.

Since our plans were put in place, a massive of amount of work has been done at speed across the collegiate University to adapt outreach and admissions activities so that our work on access and participation could continue in the midst of the global pandemic.

As well as college, departmental and consortia activities, this has included moving UNIQ, Open Days and Target Oxbridge online, launching a digital resource hub, and undertaking confirmation and a new admissions cycle online in the face of a frequently changing national context.

The latest data on the offers made by Oxford this month highlighted that we have made further progress on our access commitments and remain ahead of schedule on the main POLAR and ACORN targets in our Access and Participation Plan. We have also seen continued growth in our admissions from underrepresented groups including from Black, Asian and Minority Ethnic communities, including admitting; more than 100 Black British students in Michaelmas term 2020 (3.7% of our UK intake).

The major initiatives have, and will continue to play, a vital role in our access progress. We continue to build on the pioneering work that took place at University College and Lady Margaret Hall, which informed the development of Opportunity Oxford and Foundation Oxford respectively.

Now in its second year, Opportunity Oxford provides extensive online and in-person bridging support to high-achieving students from underrepresented backgrounds. It is targeted at students who are on track to achieve the grades required by their chosen course, but would otherwise have missed out on a place at Oxford.

When launched, it was expected that 60 students would be admitted under the programme in its first year, 120 in its second, and 200 in its third and subsequent years. It is a credit to Admitting Tutors, Admissions Coordinators, Tutors for Admissions and the programme’s director, Dr Andrew Bell, that more than 100 students were admitted in the first year, and 167 offers have been made in the current admissions round.

Foundation Oxford
The second of the two initiatives to launch, Foundation Oxford, will provide a rigorous one-year foundation programme for students of great academic potential who have experienced very significant educational or personal disadvantage of a sort that would otherwise prevent them from accessing Oxford.

Once established, we expect to admit 50 students per year, who will automatically enter their undergraduate degree course conditional on the successful completion of the Foundation Year.

Dr Jo Begbie has been appointed programme co-ordinator, somewhat later than originally planned. Jo was Director of the Foundation Year at Lady Margaret Hall and is building on the excellent progress that has already taken place at LMH, working with divisions and departments to develop the structure and content of the programme. Criteria for eligibility for the programme and timing of its application and selection processes have already been considered by Admissions Executive and Admissions Committee.

Given disruption caused by the pandemic and the immense workloads it has generated for staff across colleges and the University, it has been agreed by the Foundation Oxford Steering Committee that we will now welcome the first cohort of Foundation Oxford students to Oxford in 2023, rather than in 2022 as initially planned.

This has been a very difficult decision that was taken with a great deal of consideration. There is much to be done and momentum will need to be maintained with divisions, departments, colleges and schools to ensure that the programme is one we can all be proud of.

The ambition is to launch at a larger scale than was originally planned for 2022, with the broadest range of subjects possible included when the programme commences in 2023. We also hope that the Lady Margaret Hall programme may be extended for a further year to continue to develop learning and to share experience before the launch of the wider scheme, and so that we can continue to give access to Oxford for those with significant educational disadvantage.

We should all be acutely aware that the pandemic has both highlighted and exacerbated educational inequalities, and as a collegiate University we will have to work hard and smart to avoid perpetuating or compounding these. The challenge will continue for some years, as students whose schooling and national qualifications have been disrupted work their way through the system. Working together, we can and will deliver on the demanding access targets we set ourselves in our Access and Participation Plan in 2019.

We would like to thank you for your ongoing commitment to these important initiatives and we ask for your continuing support to Jo and Andy as they coordinate all the work needed to deliver on our shared ambitions. 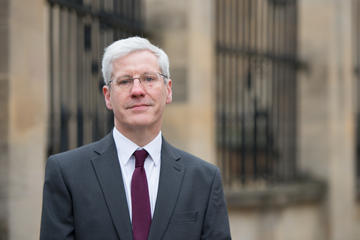 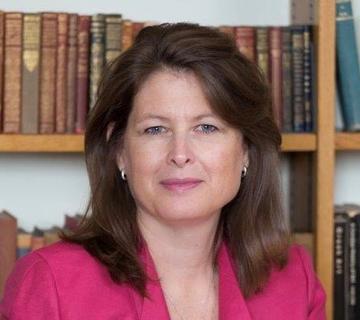